Since the introduction of the RoHS legislation inthe threat of tin-whisker-related short circuit failure from pure tin finished components has remained a major concern within the high-reliability electronics manufacturing industry. But how do we set geka mitigating against such failure where the use of pure tin finished components is unavoidable? A distinguished group of experts gathered at Loughborough University in the East Midlands of the UK to share their knowledge with a room-full of engineers from the defence, aerospace and high-reliability electronics sector, at a nb organised by SMART Group.

He began his presentation on bh associated with whisker growths with a remarkable time-lapse video recorded by researchers at Brown University, showing the initiation and growth of a tin whisker at a steady rate of about 1 micron per hour over a period of 40 hours. The space environment presented particular challenges to electronic systems: Remoteness and the hbb to repair systems in situ obviously made the reliability issue even more critical, albeit for example Voyager 1 was still functioning after 39 years in operation.

And he quoted instances of systems failure in communications satellites originating from tin whiskers. A whisker one micron in diameter could support a current of 10 mA.

Although higher currents would cause instant burn-out, in high-vacuum conditions a short circuit could result in a plasma discharge.

Dr Dunn had collected data on whiskering effects over a period of 32 years, using the C-Ring test to introduce tensile and compressive stress, with different metal substrates, barrier layers and tin plating thicknesses, and the results were shortly to be published. A remarkable observation was that in some instances it could be several years before whiskers began to grow, depending on the substrate and stress level.

Plated brass, tin-plated brass with a copper barrier layer, tin plated steel, tin-plated steel with a copper barrier layer, all displayed their own characteristics, sometimes predictable, sometimes not, but fused tin plating showed no whisker nucleation on any of these substrates during the 32 years of the study. On behalf of ESA, a working group led by Dr Dunn had produced a comprehensive set 0050 guidelines for creating a lead-free control plan, which described the problems, requirements and methods relevant to the preparation of a plan for companies to control against the use of lead-free components and to ensure that pure tin did not find its way into the manufacturing chain.

He distributed copies to delegates, and it is available on-line for free download by clicking here. Charles Cawthorne then introduced Dr Mark Ashworth of Loughborough University, who discussed the effect of plating methodologies, the first of two presentations describing research carried out at Loughborough into mechanisms and strategies for tin whisker mitigation.

The factors influencing whisker growth were electroplating bath chemistry, whether pure tin or a tin alloy, bright or matte, electroplating parameters such as current density, temperature and agitation, and substrate, taking copper, brass and hv 42 as examples.

A proprietary bright tin plating process was used. Whisker growth was reduced by increasing deposit thickness and by deposition at higher current densities.

The higher current densities tended to favour the formation of large eruptions, rather than filament whiskers. Pulse plating could be used as a means of manipulating the grain structure and orientation of the tin deposit, and in some instances showed reduced whisker growth compared with direct current deposits. But higher pulse frequencies could result in greatly accelerated whisker growth, which was believed to be favoured by fine grained columnar gwia. Dr Ashworth stressed that these observations related to the particular proprietary electroplating chemistry 0050 in the study, and that other commercial formulations might demonstrate different relationships between current density, deposit microstructure and whisker growth.

With Professor Geoff Wilcox taking over as moderator, Charles Cawthorne began his own presentation by remarking that, since first observed inand despite many years of study, the mechanism of tin whiskering was still not fully understood and predictive modelling was not yet possible. But, because of RoHS legislation, increasing numbers of components were only available with pure tin finishes. Consequently, manufacturers of high-reliability electronics with RoHS exemption were left with no alternative but to manage tin-lead obsolescence by avoidance or mitigation.

Other viable mitigation practices were hot-dip tinning for structural steel parts, or hot-oil fused tin plating. Finishes to be avoided were silver, plated tin-copper, any tin plating over brass without a copper 00055 nickel barrier, and bright tin.

Cawthorne reviewed the definitions of the mitigation control levels defined in GEIA-STD, commenting that the required level would normally be a function of the design authority in consultation with the customer, and that military applications would typically expect mitigation to at least Level 2B—risks managed primarily through mitigations, including design rules, and more likely 2C—risks managed more by avoidance and less by mitigation.

Level 3 managed whisker risks through complete avoidance. He went on to discuss the detail requirements of Levels 2B, 2C and 3, with particular reference to the use of conformal coatings to form a physical barrier. The defining standard for tin whisker susceptibility of tin and tin alloy surface finishes was JEDEC JESDA, an accelerated test used by component manufacturers, but there was some doubt as to the reliability of results since tin whiskering was such an unpredictable phenomenon.

In summary, as the standards had evolved, they had become increasingly definitive with regard to component-to-component spacing design rules.

There had been a move away from component termination material type, structure and processing as specific mitigation strategies. Strategies were now based on protective barriers, re-finishing of component terminations, and automatic coverage of pure tin finished surfaces by tin-lead solder during the assembly process.

A series of collaborative projects had been carried out at the National Physical Laboratory to evaluate conformal coating as a tin whisker mitigation strategy for printed circuit assemblies.

Martin Wickham reviewed previous findings and gave an update on current work. Using a tin plating process deliberately chosen for it high propensity to whiskering, NPL had developed a parallel plate test vehicle that had been enabled electrical detection of failure. One observation was that failure predominantly occurred at the edges of plates, where full coating thickness was not maintained around the right angle bend, and this geometry was a characteristic feature of component leads.

An additional test vehicle had been designed, based on a PCB with 24 SOIC14 packages, assembled using range of techniques, to enable testing for short geiia between adjacent leads on individual component.

Each batch of eight boards was delivered feia consortium partners for coating and returned to NPL for testing. The assemblies were constantly monitored at a test voltage of 15 volts with a series resistor to limit current to 15 milliamps. Nine batches had been built to date, together with control assemblies with no coating, all of which had shown extensive whiskering before any evidence was seen on the coated examples. Using the analogue of two sword-fencers for illustration, Wickham explained different failure modes: He showed several examples of actual failures, and other instances where whiskers had grown but not yet been detected electrically.

It was intended to continue ageing the test vehicles and review failures after a further six gb, and to visually inspect the assemblies again after twelve months, also to build control assemblies to investigate the effect of temperature during coating. 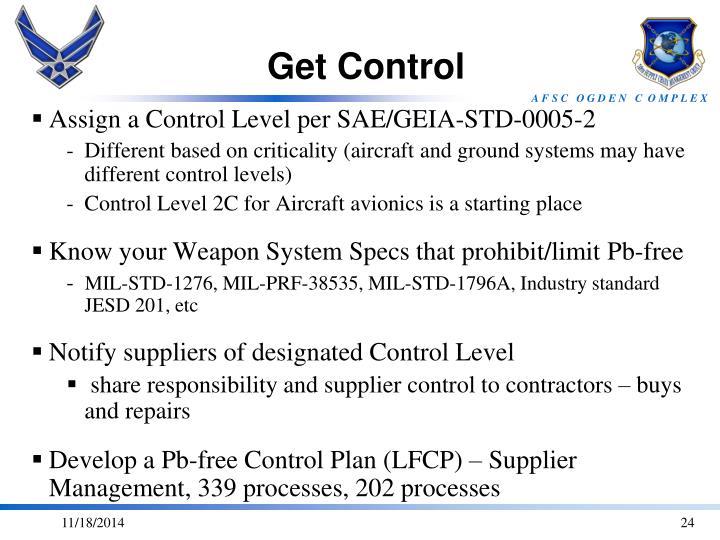 Therefore, the use of adequate reflow soldering processes is critical for producing solder joints that are geai for their end-product use environment. No, the group members do not all have curly hair! The name was chosen around by a group of engineers from aerospace, defense, and harsh environment ADHE organizations. In a recent SMT survey, we asked the following question: